Teote is a restaurant with a terrific reputation for inexpensive food, quirky atmosphere and outdoor fire pit ambience.

Their logo and branding were pretty much ad hoc. Marketing was primarily by word of mouth, or the incidental byproduct of the owners’ distinctive personalities.

Teote was about to launch a second restaurant, with a slightly different focus than the first. Here was the opportunity to seriously upgrade the brand and raise its profile.

We wanted to better represent the essence of Teote, elevate the brand in the increasingly sophisticated Portland market, and to give each store its own linked but independent identity.

Update: a third restaurant has been added, the Outpost – whose look slotted neatly into our new visual branding.

First, we learned the story of TEOTE. We interviewed owners, customers, and the locations themselves.

The sharing of food, hand-made artistry, spiritual associations with fire, culinary inspiration from Latin and Central America, and the characterization of the new restaurant as a temple of mezcal all emerged as vital story elements.

The first restaurant is crammed full of handmade metal artwork, and the second actually IS a work of art. And we learned that the name is an acronym, from one of the owner’s personal slogans: To The Ends Of The Earth.

Then we examined the existing mark, and learned there was story value there: a mandala-like combination of a lotus (spirituality, “to the ends of the earth”), an agave plant (source of mezcal, core offering of the new restaurant), and flames (from the fire pits at both locations, and the preparation of mezcal, and the owner’s own spirituality).

We created the agave fire lotus to more clearly transmit those three visual components, and to function strongly as a unique mark. A fire-bright color palette gleams from a dark, punched-out background. Reminiscent of metal work, the logo has become a nearly physical object.

Each restaurant now needed a unique identity linked to the overarching brand.

As a temple of mezcal, the new restaurant was named Teote Mezcalería. The skull of a coyote (trickster from native American spirit tradition, and a prominent tattoo on one owner’s arm) became the ideal spirit icon for the new restaurant.

The original restaurant was renamed House Café. A drawing of the beloved “iron heart” sculpture hanging from the back patio’s firepit became its spirit icon.

A unique saloon-sign-board identifier featuring the respective names and icons were carefully fitted underneath the primary Teote logo.

These spirit icons subtly reinforce the differences of place, and create a sense of creative richness throughout the brand.

Sample pages from the basic brand guidelines package. Every branding client receives one of these, along with the complete set of digital graphics for all print and online scenarios. 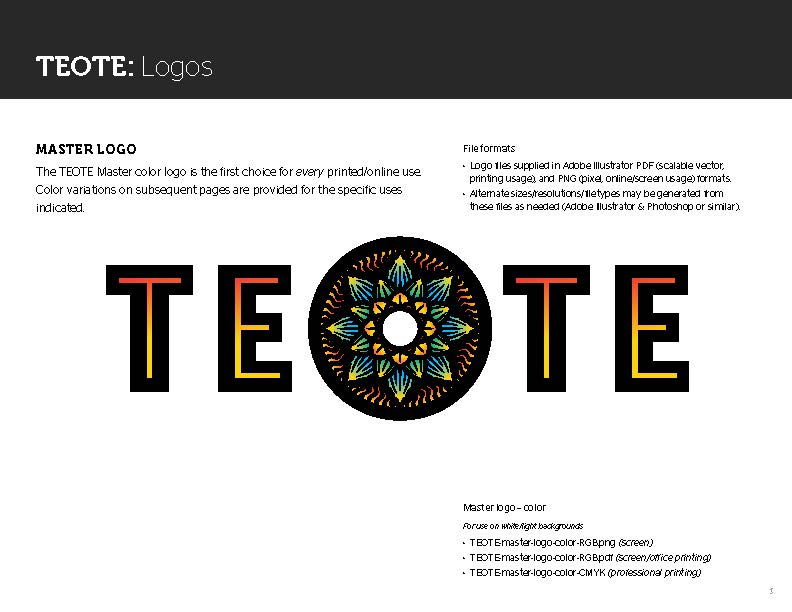 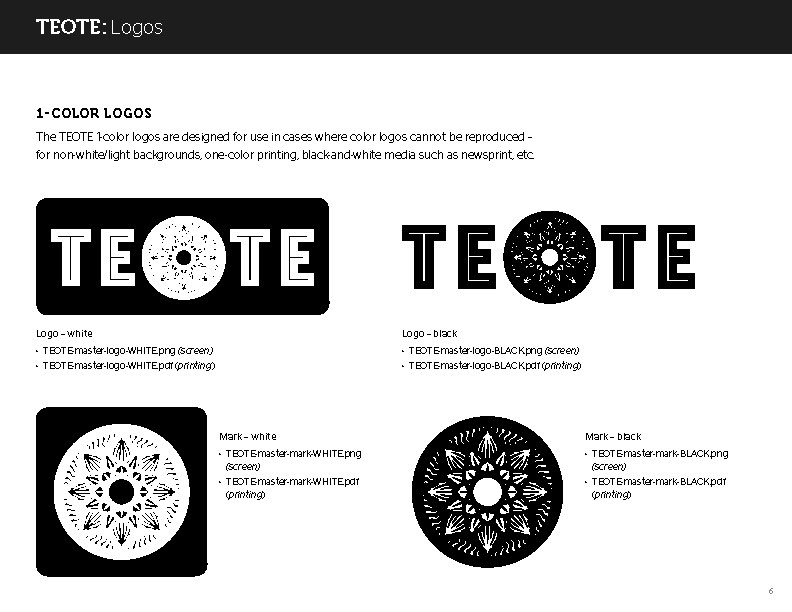 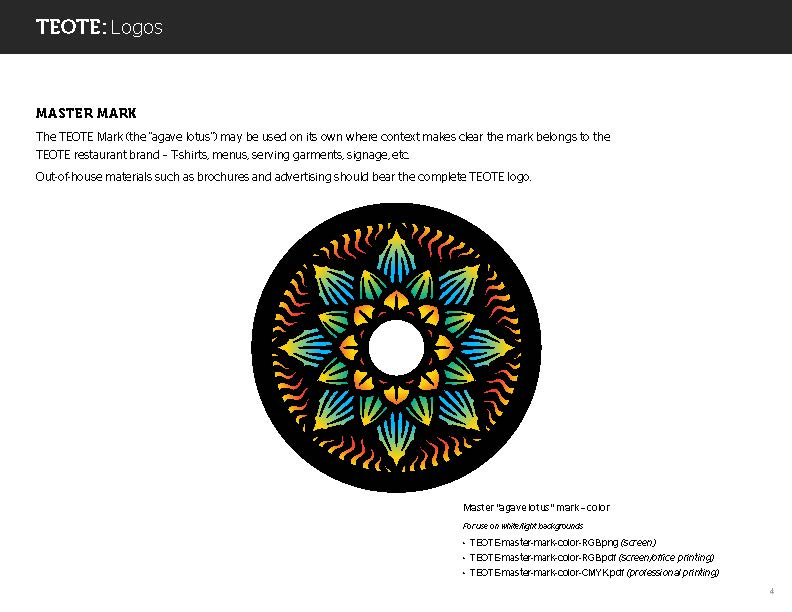 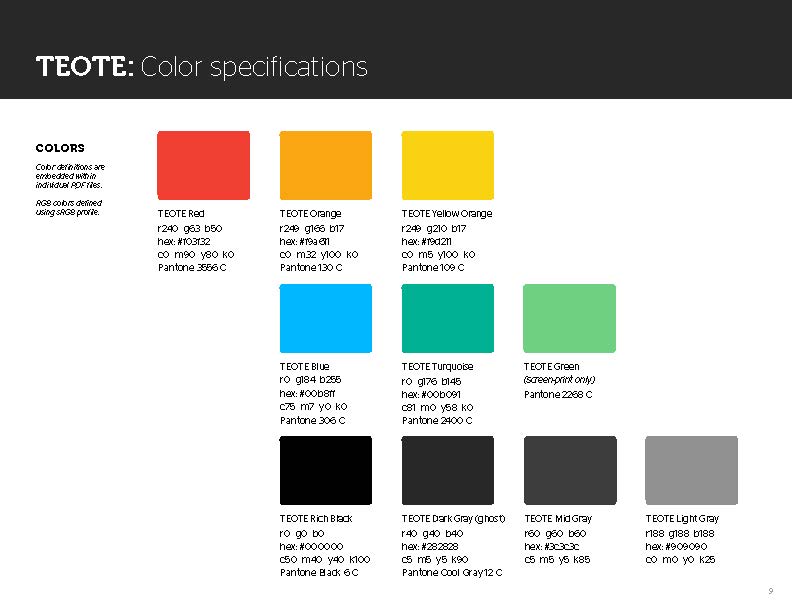 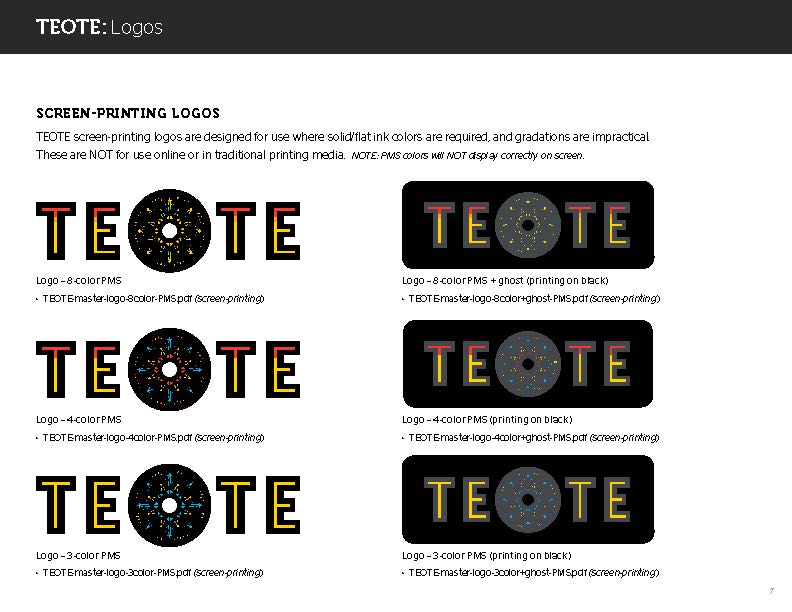 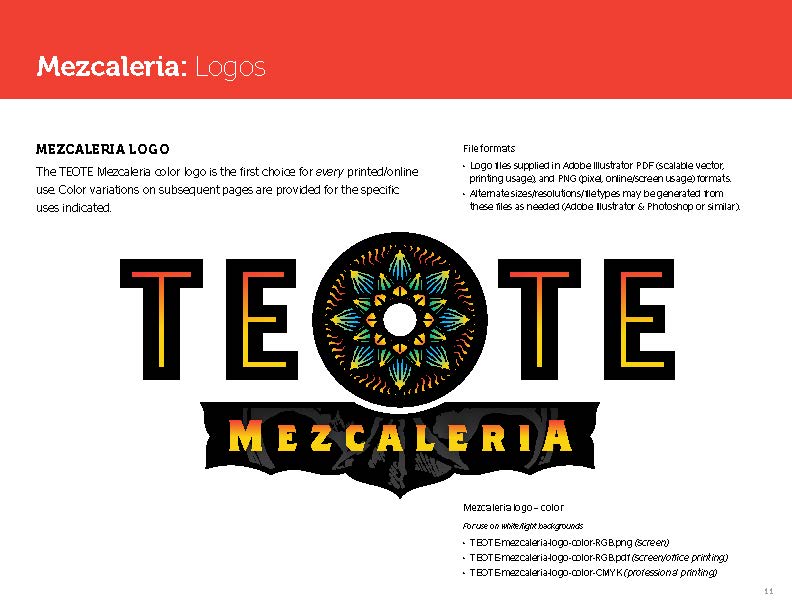 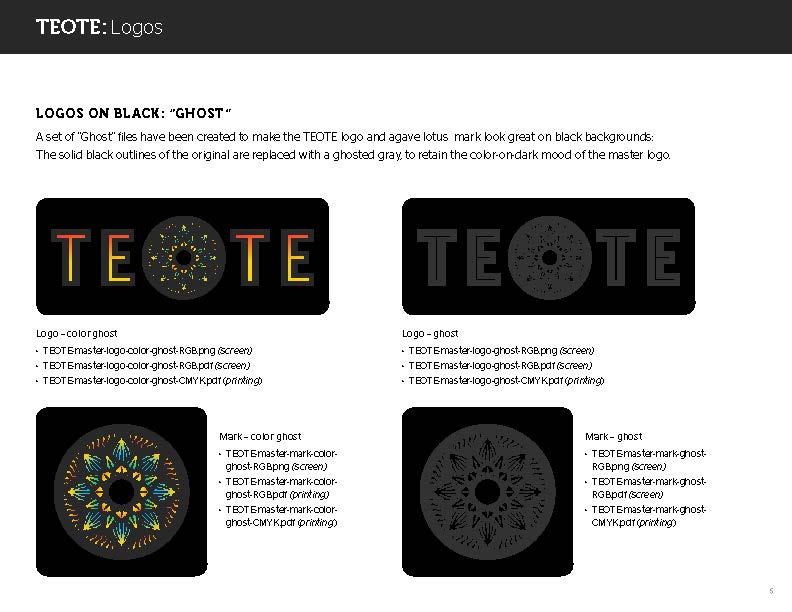 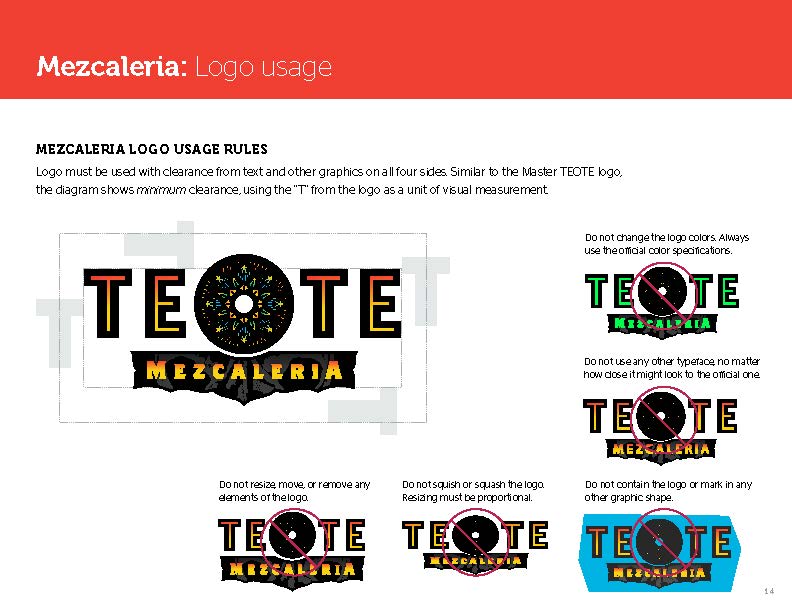 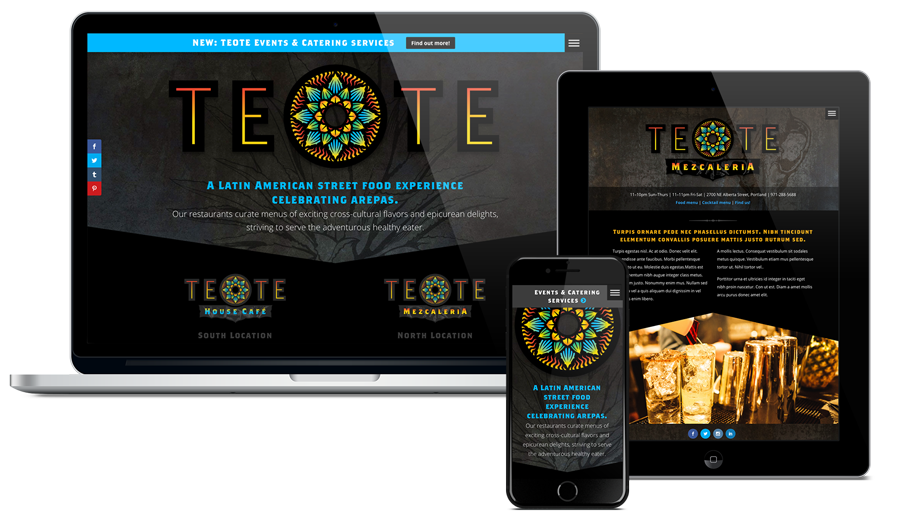 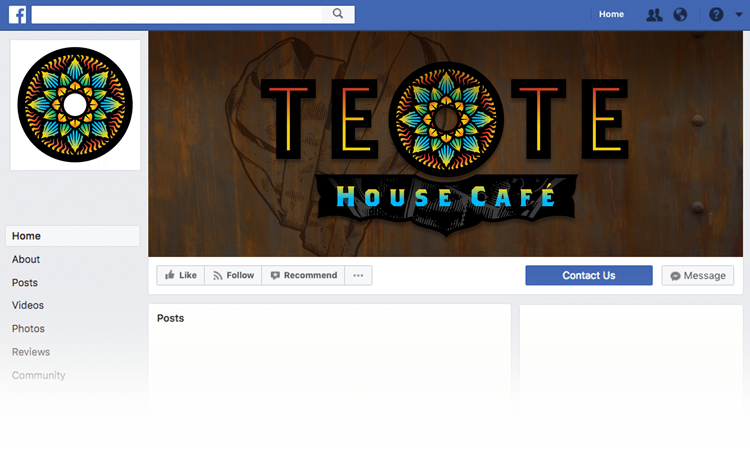 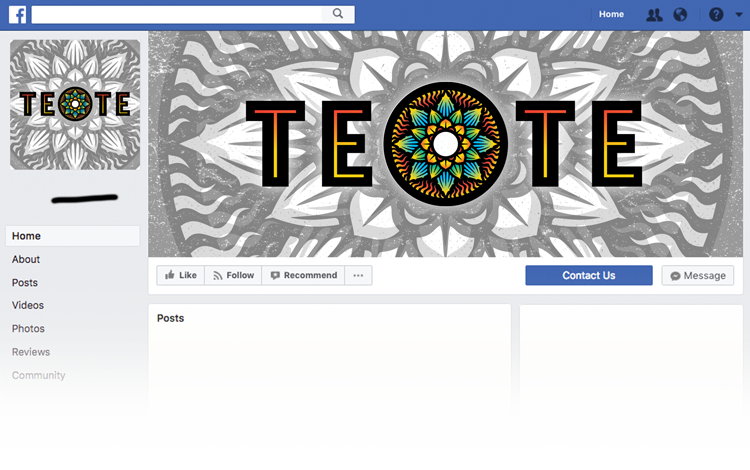 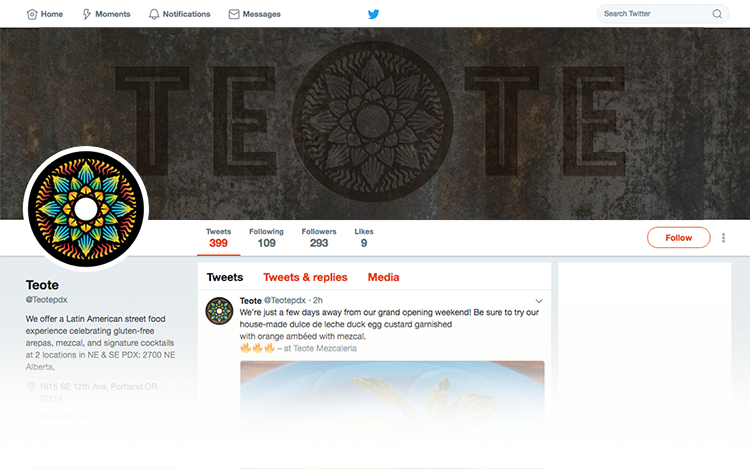 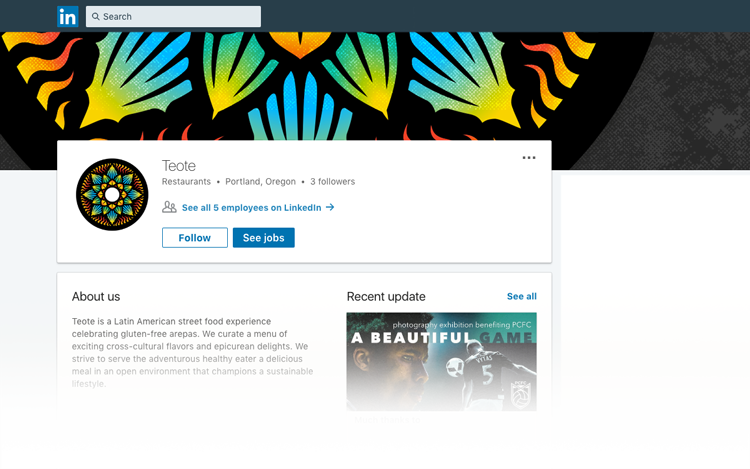 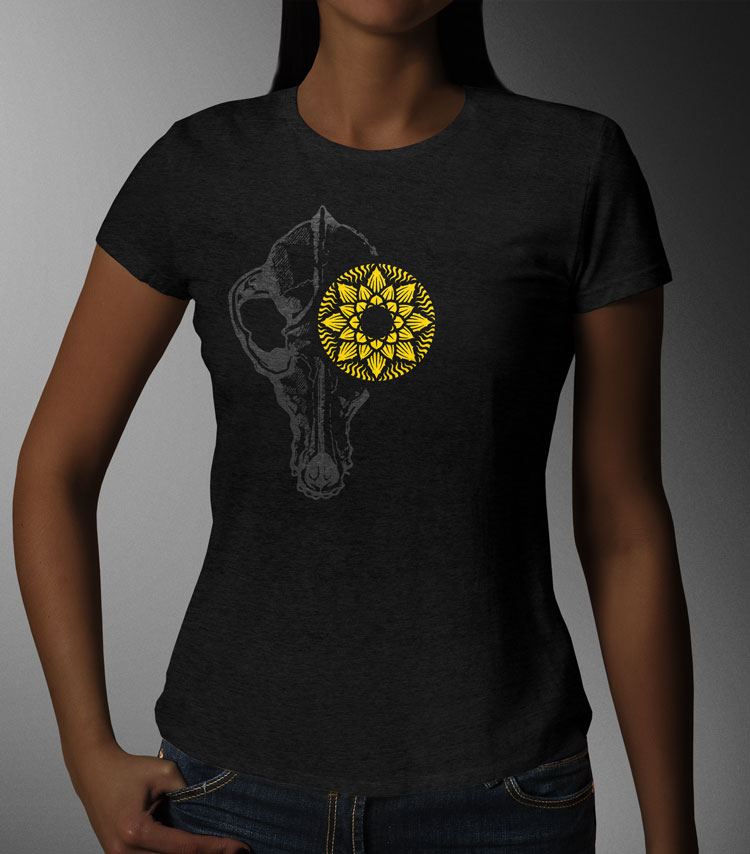 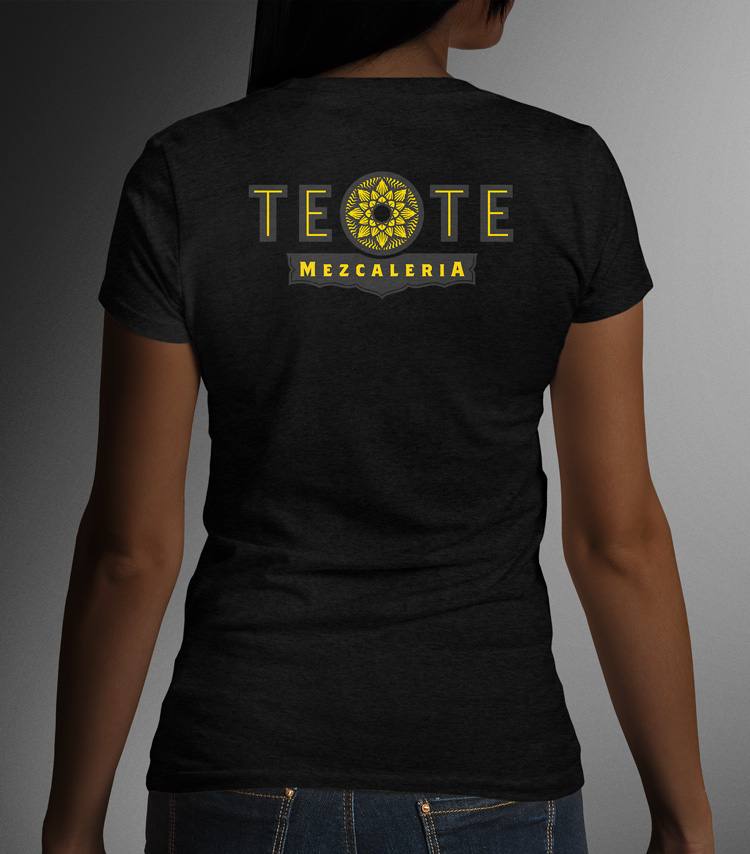 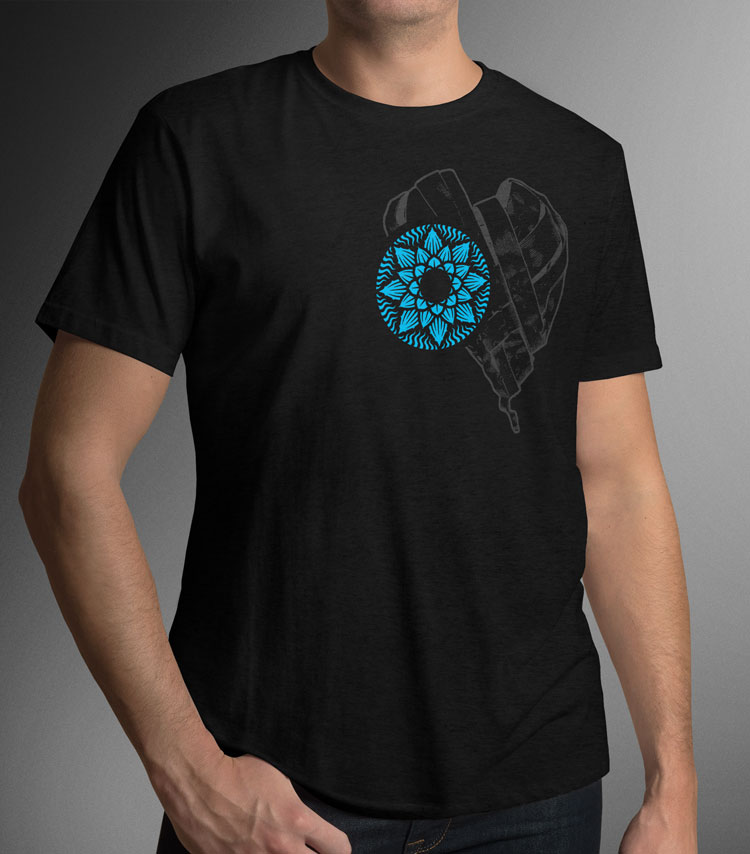 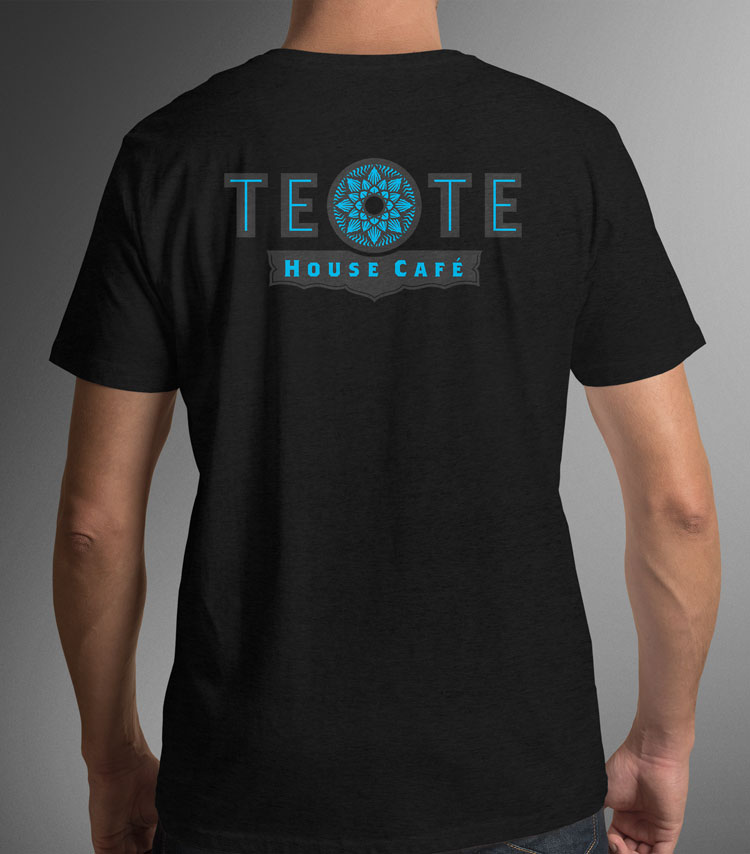 What are we going to work on today?